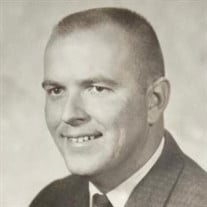 William "Bill" L. Start, 84, of S. Deerfield passed away on Thursday, April 1, 2021 at his home surrounded by his family. Bill was born in Florence on February 20, 1937 to the late William R. and Irene (Lewis) Start. He was a graduate of Northampton High School in 1958. He served in the Air National Guard from 1956-1963 and the Air Force (called to active duty) from 1962-1963. Bill was employed at the International Silver Company in Florence from 1958-1960; Hampshire Engineering Service in Northampton from 1960-1964; Tubed Products in Easthampton from 1964-1971. His final employer was the Town of Amherst, beginning March 8, 1972, as Inspection Services, and later as Building Commissioner, beginning July 1, 1995, until he retired on March 8, 2002. Bill was an avid fisherman, playing miniature golf with Betty, and spending hours in his yard riding his lawnmower. He was always there to make people smile with his humorous jokes, but most of all he loved spending time with his family. Bill leaves behind his loving wife of 55 years, Betty A. (Amlaw) Start, his son, William D. Start and his fiancée Laura Eve of S. Deerfield, daughter April A. Kupras and her husband Steve of Sierra Vista, AZ, four grandchildren: Christopher Start and wife Susan, Jennifer Rytuba and husband Charlie, Ryan Start and Alyssa Kupras, also great-grandchildren, Liam, Juliet, and Wyatt. He is also survived by his ten sisters: Janet Hill and her husband Bob, Barb Dzuiba and her husband Bill, Pat Spaulding, Linda Bernier and husband Steve, Gerri Tower and husband Karl, Donna Breen and husband Danny, Kathy Beniot and husband Jim, Betty Wood and husband Stan, Renie Upham and husband Bob, and Sally Sicard, several nieces, nephews, cousins, and dear friends. Bill is pre-deceased by several aunts, uncles, brothers-in-law; Rod Spaulding and Ed Sicard, daughter-in-law; LeAnn Chapin, cousin, Stanley Start, and first wife Huguette I. (Huppe) Start passed away in 1964. Calling hours will be Wednesday, April 7, 2021 from 2-4PM at the DROZDAL FUNERAL HOME of Northampton. Funeral will be Thursday, April 8, 2021 at the funeral home, at 9 AM, Funeral Service will begin at 11AM. Burial with Military Honors will immediately follow in St. Mary’s Cemetery, Northampton. Due to Covid restrictions, masks and social distancing are required at all times. For more information or to leave a personal condolence to the family, please visit Drozdalfuneralhome.com.

William "Bill" L. Start, 84, of S. Deerfield passed away on Thursday, April 1, 2021 at his home surrounded by his family. Bill was born in Florence on February 20, 1937 to the late William R. and Irene (Lewis) Start. He was a graduate of Northampton... View Obituary & Service Information

The family of William "Bill" L. Start created this Life Tributes page to make it easy to share your memories.

Send flowers to the Start family.