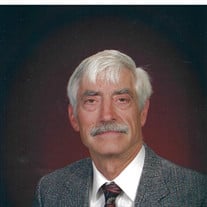 Warren Wesley Wyman, 78, of 436 Country Club Rd., Greenfield, MA, died on June 12, 2020, at home following a long illness. Warren was born at Franklin Medical Center in Greenfield on November 30, 1941, to Ely and Ruth (Aschenbach) Wyman. He attended local schools and graduated from Greenfield High School in 1960. During his teenage years he was a camp counselor and taught swimming at Camp Apex. Warren served six years in the U.S. Army National Guard from which he was honorably discharged. He began his construction career working for W.W. Wyman Construction, a company founded and operated by his grandfather. Here he became a union carpenter. He then briefly worked for Bosteley Motors and Krohne’s Automotive before going back to the Carpenter’s Local Union in Northampton and eventually Local #1121 in Boston. He retired from Local #1121 in 2002. During most of his construction years he worked as a millwright on local projects including the building of Vermont Yankee Power Plant, Northfield Mountain Hydroelectric and Bear Swamp Hydroelectric Station. He also worked on the repairing of the Turners Falls Dam, and various repairs of Rowe Nuclear Power Station and the Vermont Yankee Power Plant. In 1967 he married Bernadette “Bernie” Pipczynski from Hadley (the bride he called her forever) and they spent their entire married life on Country Club Road in Greenfield. There they raised their children, Tom, and Mindy. As a couple they enjoyed traveling and visited all 50 states, Canada, and much of Europe; spending time outdoors, camping, hiking, and snow shoeing; and time with family and friends. Warren became a member of the Brookside Volunteer Fire Department in North Greenfield in 1960 and was one of the four remaining members when it disbanded in the late 80’s. He was one of many volunteers to rebuild the Pumping Station Bridge in the 1970’s and after it was destroyed by a fire. He served as an EMT for Mercy Ambulance and Smith Ambulance. He was a volunteer for Boy Scout Troops 12 and 5 for many years. During Warren’s life he had many interests and hobbies. He loved horses and had his special horse, Sam, for many years. He loved hiking and camping and often made trips to Bourn Pond and Stratton Pond in Vermont and enjoyed chatting with the rangers. He was bit of a survivalist and was well versed in edible plants. Cars were a passion of his as well. He was proud of his 1953 MG TF, 1965 Corvair and his 1970 Porsche 911, in which he was often seen at local cruises. New cars were not an option for Warren and his fellow workers often teased him about his “antique fleet.” Warren was a member of the Yankee Motor Club for years. As an avid reader, Warren could have as many as three or four books going at a time, along with several magazines, Mother Earth News being his favorite. Warren will be missed by Bernie, his wife of almost 53 years, his daughter Mindy Horgan and her husband Ed of New Richmond, OH and his son Tom Wyman and partner Sue Lacosse of Gill. He will also be missed by his grandchildren, Justin, Jordan and Jocelyn Wyman, Eddie, Herwens, Brady, Ruby and Wagner Horgan and his bonus grandchildren; Josh, Fahrah and Jamie Day. He leaves a brother, Charles and his wife Carol of Riverside, CA, and Enfield, NH, and their children. Upon marrying into the Pipczynski family, Warren acquired a huge family of siblings-in-law, nieces, nephews, grand nieces and grand nephews and he loved the huge family gatherings complete with Polka bands. His family extended to Duff and Clara Pipczynski, June Suleski and Richard Waido, Pat Pipczynski, Yadja and Bob Bacher, Martha and John Boisvert, Joe Pipczynski and Patty Cotton, Benjie and John Tessier, Tony Pipczynski and Fran Pipczynski and Janet Winter and their children and grandchildren. For the last few recent years, Warren was well taken care of by wonderful caregivers. The family is very thankful for Mary Godin, Kathy Belanger, Laura Patenaude, Karen Muszynski, Judy Leveille, and Lily McEnaney, who had become like members of the family. Also, the family would like to thank Pioneer Valley Hospice for it’s very dedicated care. Due to coronavirus and its ramifications, funeral services for Warren will be private. DROZDAL FUNERAL HOME OF NORTHAMPTON has been entrusted with his arrangements. Flowers will be totally eliminated also, due to the present circumstances. Should anyone wish to make a donation in Warren’s memory, the suggested charities are Pioneer Valley Hospice and Palliative Care, 329 Conway St., #2, Greenfield, MA 01301 or to Green Mountain Club, 4711 Waterbury-Stone Rd., Waterbury Center, VT 05677, the place that cares for the trails where Warren spent most of his time.

The family of Warren Wesley Wyman created this Life Tributes page to make it easy to share your memories.

Send flowers to the Wyman family.