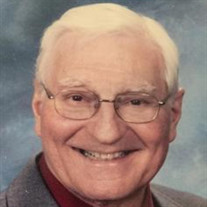 Robert Paul Watelet West Hatfield, MA — Robert Paul Watelet of West Hatfield, MA, 90, passed away peacefully in his sleep Wednesday April 13, 2022 after a brief illness. Bob, as he was known by his friends, was born on July 24, 1937, in Bayside, NY, the son of Ermand and Ruth Watelet. Growing up in Warwick Rhode Island, Bob graduated Brown University in 1954 with a Mechanical Engineering degree where he worked in various space agency programs. Bob worked with Rocketdyne in the late 50's and early 60's during the height of the US space race era. He developed rocket propulsion systems of various types before returning to the east coast to continue with The Apollo space program developing heat shield technology for re-entry. Bob worked as an engineer for Kontro, Inc. in Orange, MA for many years before retiring. Bob was an avid auto racing enthusiast. After racing a variety of sports cars with the SCCA, he built his own race car, in which he competed successfully in both California and then at various tracks in New England. Bob also enjoyed skiing, playing tennis and piloting smaller recreational aircraft. In retirement he worked at the Yankee Candle Car Museum and worked as an orientation specialist at the Northampton Senior Fitness Center and was an active member of College Church for over 36 yrs, serving as an elder, and hosting weekly bible studies in his home. He will be greatly missed by his church family. Bob will be deeply missed by all his family and friends. He is survived by his devoted and loving wife Carol Butler Watelet, who are eternally devoted to each other. He also leaves behind three children; Steven Watelet of Mesquite, NV, Craig Watelet and Sally Watelet of San Diego,CA; Four grandchildren, Tyler and Hunter Binney, Sarah and Cassidy Watelet. He also leaves behind stepdaughters Penny Butler of Sunderland and Kim Rushford-Waugh of Ashburnham, and their families of seven grandchildren, five great grandchildren, and two great great grandchildren. Besides his parents, he was predeceased by a brother David Watelet and a grandson Kellen Watelet. Bob was a loving family man, devoted husband, father, grandfather and friend who lived a long accomplished life. Cherished by some, missed by many more. May you forever rest in peace. There will be a Celebration of Life on Thursday, April 21st at 2:00 pm at College Church, 58 Pomeroy Terrace, Northampton. DROZDAL FUNERAL HOME of Northampton has been entrusted with his services. For more information or to leave the family a personal condolence, please visit Drozdalfuneralhome.com

The family of Robert P. Watelet created this Life Tributes page to make it easy to share your memories.

Send flowers to the Watelet family.