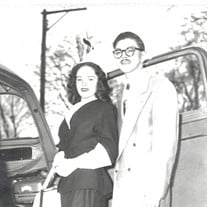 Richard R. Rescia, 92, died on Monday, April 11, 2022, surrounded by his children and care giver at his home. Richard was born in Springfield, MA on February 12, 1930, to Giacomo and Ida Rescia, and spent his childhood growing up in North Agawam,... View Obituary & Service Information

The family of Richard R. Rescia created this Life Tributes page to make it easy to share your memories.

Send flowers to the Rescia family.