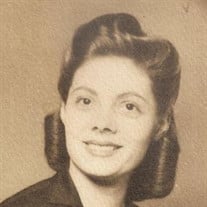 Lenora Criscione Tomalin peacefully passed away on the morning of August 11 with friends, family and loved ones in attendance at her daughter and son-in-law’s home in Easthampton. She celebrated a socially distanced 97th birthday last April at Linda Manor in Leeds, where she resided until early July. Lenora and her brother Robert were born in New York to Joseph Criscone & Anita Rigali in 1923 and 1921, respectively. Early on in their childhoods, Joseph, a loving father and single parent, also the Head Butler at the notable Tuxedo Park Estate in Orange County NY, deemed it best for their welfare and education that they together be more capably cared for by a foster family. She was soon enrolled at St. John’s Villa Academy in Staten Island which would her primary residence during school terms throughout her primary and secondary education. An exceptionally bright and applied student, “Ellie” was cited for numerous academic superlatives in Math, Science and Debate. On a recently discovered high school questionnaire, her answer was written beside Favorite Pastimes: “Arguing”. A poignant example of her resilient spirit, as well as her avid love of reading conspiring for spiritual survival was described as she’d recall those times when other students vacated the school for more well-heeled households during holiday breaks as being “not-so-bad”, for she’d “have the library all to herself”. She enjoyed, though, recalling the people and rare special times she and her brother spent with their father at Tuxedo Park, a relevant and storied center for intellectual and scientific study and research. Indeed, its own history and activities are recounted in a book by the same name. Her commencement from high school coincided roughly with the outbreak of World War II and, while still living at the insulated St John’s Villa convent, taught 2nd and 3rd graders at St. Lucy’s Elementary in Newark, NJ where early one morning she’d learn of Japan’s bombing of Pearl Harbor from a young student’s newspaper he’d kept from his delivery route. Later she would live in New York, working at Western Union and later at a milliners as a secretary who’d also model hats for prospective buyers. It was during those years, on a train trip that she was asked by a tall dashing man in uniform if “this seat was taken?” She married Army Lt Philip Leslie Tomalin of Mountain Lakes NJ, a military and writer/producer of military attaché for USO variety shows who’d continue as a part-time big band singer under the nom-de-tune “Tommy Lawrence”. He’d later work during the advent of broadcast television for the Dumont broadcasting group and other media entities before becoming a career advertising executive on Madison Ave. They divorced in 1982. Lenora and Les created their first of nine children while living in Queens, NY and her tales from those times were vibrant with mention of their fellow residents in the Jackson Heights apartment building, Doc Severinsen (whose wife would occasionally baby-sit), jazz-man Bobby Hackett and Les Paul & Mary Ford. She was the matriarch of 9 children, 24 grandchildren and 17 great grandchildren. She is survived by 8 sons and daughters: Susan Sarandon of New York City, Timothy Tomalin of Millsboro DE, Bonnie Lyons of Somerset NJ, Mandy Sherman of Chappaqua NY, Philip Tomalin of Salem NY, Melissa Heir of Washington DC, Meredith Carroll of Easthampton MA & O’Brian Tomalin of Northampton, MA, where he and his wife Meghan own Sierra Grille and BLDG 8 brewery, respectively) A son, Terrence Tomalin of St. Petersburg, FL passed away in 2016 at the age of 55. Lenora Tomalin resided in Edison NJ, Alexandria VA, Lakeland FL, Leesburg VA before moving to the Pioneer Valley of Massachusetts in 2016. Her Catholic boarding school influence, mostly from The Sisters of St. John the Baptist in the shadow of the Verrazano Narrows Bridge cultivated a strong and devout Catholic faith. Over her many years she volunteered for many organizations and was always eager to assist in all efforts for those in need and the less advantaged among us. With a spirit fueled by people, wry humor and wisdom, Lee was ever keen to join a party. She would make, and keep, many friends whom she’d meet near and far along her many travels, charming them with her chuckling wit, seasoned perspectives and more than somewhat glib world view. Musicians, male piano players and singers in particular, were immediately endeared to bask in the glow of her jovial appreciation, and she’d recall proudly the occasions when folks from any echelon of society welcomed her amiably and respectfully. Her exquisite taste, refined comportment, erudite manner and ethical upbringing were fabulously juxtaposed with an irreverence that bubbled in the margins of her many tales. She cherished the saved menus, pictures and show tickets signed by the friends in attendance. A gifted gardener with the greenest of thumbs, she was also quite fond of art, tennis and all things Italian and Sicilian; birds of every feather, the day and night sky, fireworks, all things in nature, Frank Sinatra, coffee and a good crust of bread. Although only an occasional drinker, when imbibing, her distinct preference was Dewars on the rocks, especially “if provided by a gentleman.” No matter the nature, setting, location or theme of an event, Lee would often state her gratitude for what, in her view, was its most appreciable aspect: “the company”. We here—her family, friends, dear ones and admirers affectionately hold forth the belief that Lenora’s soul now resides in the realm of pure grace, and is in the best of company.

Lenora Criscione Tomalin peacefully passed away on the morning of August 11 with friends, family and loved ones in attendance at her daughter and son-in-law&#8217;s home in Easthampton. She celebrated a socially distanced 97th birthday last... View Obituary & Service Information

The family of Lenora M. (Criscione) Tomalin created this Life Tributes page to make it easy to share your memories.

Lenora Criscione Tomalin peacefully passed away on the morning...

Send flowers to the Tomalin family.