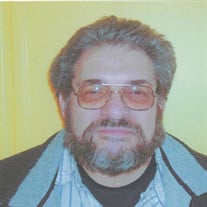 Dr. Gerald “Jerry” Nurenberg, 73, of Northampton, passed away from complications related to diabetes at home on Monday December 14th surrounded by his loving family. He was born in Revere, MA on October 2, 1947 to the late Ernest and Lena (Kessel) Nurenberg. The first in his family to complete college, Jerry earned a BA in Political Science at Northeastern University, which he financed via his participation in the school’s co-op program. He went on to earn a master’s degree from the Smith College School for Social Work, where he met his wife, Stephanie Gubin. Both would go on to earn their doctoral degrees, Stephanie from Smith and Jerry from Boston College, and both settled in Northampton, where they practiced clinical social work for the next five decades. Jerry made a career out of working with the most vulnerable and dispossessed including patients at Northampton State Hospital, early victims of the AIDS epidemic at Holyoke’s Chesed House, and abused children through the National Center for Children and Families. He was known at all the agencies where he worked as the therapist who could reach patients that no one else could. In his private practice, he maintained therapeutic relationships for decades with long-term clients, and even in the very last days of his declining health continued to counsel them by phone. In addition to his wife, Jerry leaves behind a sister, Sandra Goldsmith of Sarasota, Florida, two children, Colleen Nurenberg and her husband Larry White of Easthampton and David Nurenberg of and his wife Liana Tuller of Somerville. He also leaves four grandchildren: Samantha, Charlotte, Naomi and Amitai, all of whom learned from and admired Jerry’s kindness, sense of humor, raconteuring storytelling style, political wonkishness, unshakeable moral values and off-key singing. His favorite musical was Man of La Mancha, from which he and Stephanie borrowed their wedding song, “The Impossible Dream.” As the song lyrics say, “the world was better for this, that one man strived, with his last ounce of courage, to reach the unreachable star.” All services will be private and at the convenience of the family. DROZDAL FUNERAL HOME of Northampton has been entrusted with his services. For more information, or to leave a message of personal condolence, please visit Drozdalfuneralhome.com In lieu of flowers, the family suggests donations to the American Diabetes Association or the VNA/Hospice of Cooley-Dickinson Hospital.

Dr. Gerald &#8220;Jerry&#8221; Nurenberg, 73, of Northampton, passed away from complications related to diabetes at home on Monday December 14th surrounded by his loving family. He was born in Revere, MA on October 2, 1947 to the late Ernest... View Obituary & Service Information

The family of Dr. Gerald "Gerry" Nurenberg created this Life Tributes page to make it easy to share your memories.

Send flowers to the Nurenberg family.