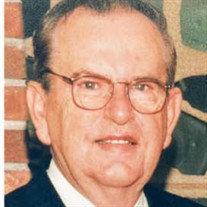 Hatfield, MA – Dr. Frederick John Dzialo, Sr., son of the late Franciszek and Wladyslawa (Kubik) Dzialo, of Chicopee Falls, passed away into eternal life on March 24, 2020 at the age of 88. Frederick was born in Chicopee Falls and graduated from Chicopee High in 1950. He was awarded the Polish Home association Scholarship and attended the University of Massachusetts where he received his Bachelor and Masters of Science degrees. In 1959, he married his beloved wife Helen Partyka with whom he had five children. Frederick worked for the Department of the Navy, where he became a Structural Naval Architect. He was awarded a National Science Foundation Grant to attend Rensselaer Polytechnic Institute where he graduated with a Doctor of Philosophy degree in Civil Engineering in 1965. After graduation, he was offered a professorship at the University of Massachusetts where he continued his research, taught for 37 years, and was awarded the National Science Faculty Teaching Award. He found teaching to be his calling and could often be found in his office, tutoring a large group of students gathered around him. He founded F.J. Dzialo and Associates Civil Engineering where he analyzed structures of many buildings, power plants, and bridges including the 9/11 Memorial in New York City. Frederick was a devout member of the Roman Catholic Church and regularly attended mass at Our Lady of Grace Church in Hatfield, and St. Elizabeth Ann Seton Church in Northampton. He was a spirited lector during mass, enjoyed singing in the church choir with Helen, and always had a positive outlook on life. He was a kind, gentle, and generous man who was always helping and caring for his children and others. With a love for the waltz and polka, he and his wife Helen attended many dances together. He was an enthusiastic fan of the Red Sox, the Patriots, and UMass football and basketball teams. There were many happy memories attending these games with his family and friends. Frederick is predeceased by his wife Helen (Partyka) Dzialo and son Joseph Dzialo, his sister, Helen Lukasik, brother Thaddeus Dzialo, sister-in-law Genevieve and husband Edward Wickles. He is survived by his children Frederick Jr. and wife Fabienne of San Diego, CA, Dr. Ann Francine Dzialo and husband Christopher Petroff of Groton, MA, Mary and husband Louis Kuta Sr. of Bethesda, MD, John and wife Choon Ting of Newton, MA, daughter-in-law Martine Dzialo of Longmeadow, MA, and his 11 grandchildren, Julie, Frederick III, Jonathan, Charlotte, Cyprien, Helena, John Paul, Louie II, Joseph, Theresa Rose, and Jack. Frederick is also survived by his brother, Walter Dzialo and his wife Sherry of Montgomery, AL, brother-in-law, Richard Lukasik of South Hadley, MA and brother-in-law, Joseph Partyka Jr. of Ludlow, MA. The funeral mass and burial services were privately held with immediate family on March 28, 2020. An announcement will be made for a memorial mass with friends and family to attend at a later date when deemed safe. DROZDAL FUNERAL HOME of Northampton, MA has been entrusted with his services. Donations may be made in memory of Frederick J Dzialo, Sr. to the Catholic Relief Services, www.crs.org, or Our Lady of Grace Church, P.O. Box 34, Hatfield, MA 01038, or Saint Elizabeth Ann Seton Church, 87 Beacon St., Florence, MA 01062. For more information, or to leave a message of personal condolence, please visit Drozdalfuneralhome.com

Hatfield, MA &#8211; Dr. Frederick John Dzialo, Sr., son of the late Franciszek and Wladyslawa (Kubik) Dzialo, of Chicopee Falls, passed away into eternal life on March 24, 2020 at the age of 88. Frederick was born in Chicopee Falls and graduated... View Obituary & Service Information

The family of Dr. Frederick J. Dzialo Sr. created this Life Tributes page to make it easy to share your memories.

Send flowers to the Dzialo family.