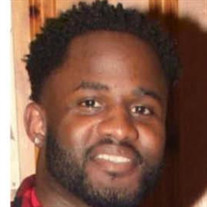 Ailton Correia also known as Nito, 28, of Amherst Massachusetts, passed away on June 2, 2020, in a tragic car accident. Ailton Correia was born in Joan Varela, Santiago Cabo Verde on December 11, 1991. Correia graduated from Amherst Regional High School and was one-year shy of receiving a bachelor’s degree in Industrial Design from the Massachusetts College of Art and Design. Correia worked as a Maker lab assistant for Reebok, while attending school. He first arrived in America on August 6th, 2008. Despite his lack of knowledge of the English language, and American culture, he was never shy of expressing himself and his talents. During his High School career Correia participated in many extra-curricular activities and sports, such as track, and varsity soccer. He was also actively involved in Brazilian Martial Arts, Capoeira, and volunteered as a children instructor at Lighthouse and many other programs. Correia was a well-rounded artist, he was not only exceptional at wire working, and sculpting , but he was also excellent at drawing, clothing design, graphics design, singing, guitar playing, wood working, home repair, and bicycle/car repair. Correia was a recipient of multiple scholarships and awards such as the Gold Key award at the Boston Globe Scholastic Art Awards. Correia’s Art was featured in Art exhibits in Greenfield Community college and MassArt and many other exhibits. Outside of art Correia attended Bridged Water State University to study Aviation Science and Aerodynamics. Correia believed that art can be found in anything, “I learned how to incorporate things from nature and found objects into my work. You can take trash and make it into something beautiful.”- Ailton Correia Correia took a gap year in hopes to return to MassArt to complete his bachelor’s. During his gap year he worked for C&S, while also working on various art projects in his spare time. Correia was an extraordinary being, he had a way of seeing and bringing the best out of people. He loved his family, and was always ready to uplift those around him, his gratitude ran deep on his veins. Correia was a strong believer in being his true self at all times. Ailton Correia was a master of many talents and Goals, there was nothing that he could not do once he set his mind to and we are a witness to it all. Ailton Correia is survived by his parents Elisa Mendes Pereira, Henrique Correia Da Veiga, his siblings, Jususbelo Fidel Mendes De Barros, Wilson Revilino Mendes De Barros, Dulcineia Varela Da Veiga Moreno, Ivanilla Varela Da Veiga, Silene Elisa Mendes Correia, Sidilene Pereira Da Veiga, Junior Pontes Da Veiga, Simon Henrique Da Veiga, girlfriend Sofia Semedo, and many other family and friends. The Family of Ailton Correia wishes to thank Family, Friends and the Drozdal Funeral Home Calling hours will be Tuesday, June 9, 2020 from 1-4 PM at DROZDAL FUNERAL HOME, 120 Damon Rd., Northampton. A funeral mass will be celebrated and officiated by Rev. John Smegal on Wednesday June 10, 2020 at 10 AM at St. Brigid's Church in Amherst. Private Burial for immediate family will follow at South Amherst Cemetery. Due to Covid, face coverings must be worn, and social distancing must be maintained at all times.

The family of Ailton "Nito" Correia created this Life Tributes page to make it easy to share your memories.

Send flowers to the Correia family.